Plumbing Europe’s leaks – the rise of a nation

In the middle of the night on our way to Warsaw. Traffic lights on the motorway slow us down every other mile. Low volume Metronomy beats won’t wake up the others, but give the scene a scent of detached stillness. Warsaw will be the 16th capital on our journey, albeit distinct in one important aspect. Poland is a nation on the rise. An island of success in the blue sea with 12 yellow stars. The forecasted growth rate for 2012 is 2.5%, where Germany presents a meagre 0.6% and Greece a catastrophic -4.4%. We have seen how a stagnating or even shrinking economy can depress whole countries. Is the opposite true for a country with a constantly growing economy? Will Poland be full of happy faces beaming with pride?

Politikya news magazine building, second floor. People rushing by, accelerating whilst they do. “Surely, we are proud. The West looked down on us for years. We have worked hard, made drastic reforms to get where we are now.” Wawrzyniec Smoczynski is Foreign Editor of Polityka (which can be compared to German Spiegel or the French Nouvel Observateur) and stands for the Poland he is unravelling in front of our eyes. Proficient in English and German, he left his country to broaden his horizon and came back to support his country with his skills. “Young poles are trying to form a new middle class. There might be a materalistic, even hedonistic attitude to them, yes. But if you ask me, it is due time that our young students can enjoy walking through Paris or London without being regarded as the poor Polish plumber.” On the political level weights are already shifting. “Behind closed doors the Germans are constantly asking us to join the Euro.” As Smoczinsky says: “The EU is blue, boring, and unelected.” Similarity between Champions League and Eurozone? Both lost some of their charme in recent times due to foul players, though will remain attractive for those in the second league.

Small office in a Warsaw University building, turning out to be former SS-Headquarters. Far too many chairs for such a small room. Lost between them sits Michal Bilewicz with a PhD on prejudice and identity. “Polish people always felt a very strong connection towards their country and their people, not only but also due to decades of oppressions. However, they are also very critical with their own kind. They are not used to thinking high of themeselves. We call that critical patriotism.” Apparently, critical patriotism renders you more openminded towards other groups. A model for a European patriotism? At least Europeans seem to have internalised being critical with themselves and their institutions. Yet the strong connection might be missing…

Warmed by a polish “Eintopf”, artistically prepared by our host, Karol. Hands in jackets, strolling through a rainy night alongside former Warsaw Ghetto. Whishing for nationalistic tendencies never to come back. First thought: Moving beyond the national identity towards a European one can and should never mean loosing our respective cultural memory. Bilewicz concluded earlier that only the memory of the Waimarer Republic saves Europe from falling into segregationary traps in times of economic distress. Second thought: The “Eintopf” and welcoming reception by Karol build on a long process of forgiving. If in the past the EU furthered that process, we are thankful. If it can furthermore help solving international conflicts in the times to come, its worth promoting. Presently, it’s time to go to bed. 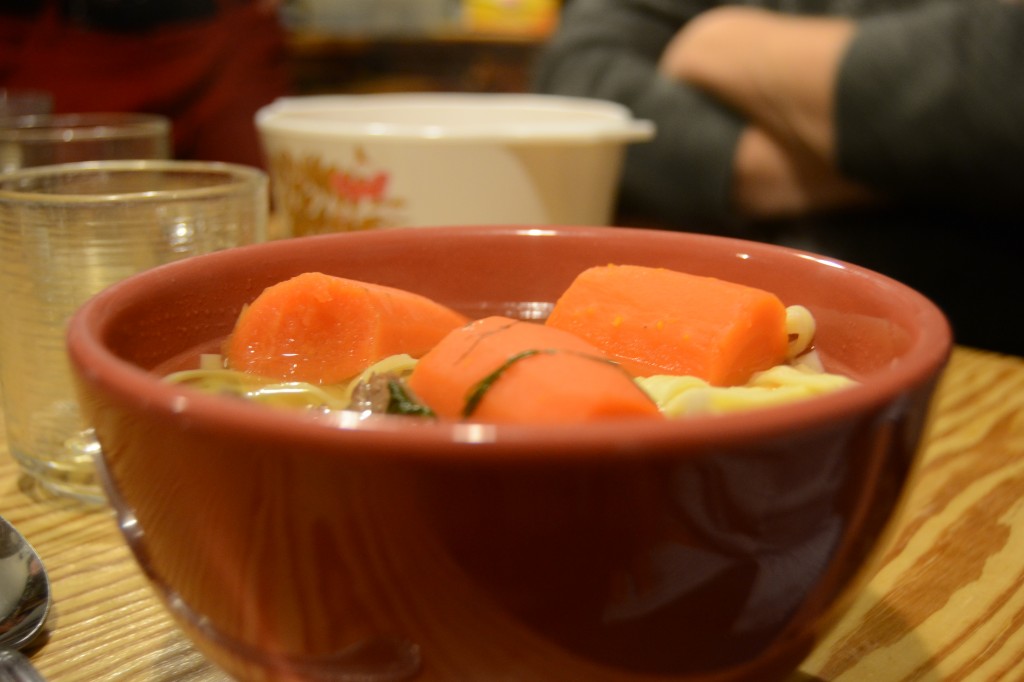 Jugendstil staircase, leaning to the walls and finding our breaths after climbing to the 6th floor. We should have taken the elevator. Knock knock knock. We are here for Mr. Kucharczyk, Jacek Kucharczyk. Yes, that would be lovely: two coffee and a tea, please. “Europe is not only about the past! Poland did not want to join the EU to become part of a retirement community.” Mr. Kucharczyk, head of the Institute of Public Affairs, is annoyed by the myth that the enlargement was part of the problem. “Especially in France this is circulating – Central Europe is shifting, economic growth is shifting. France will have to understand that.” His solution for the current crisis: more competences to Brussels and pushing European borders further eastward. “We need the European peer pressure to work and Germany to lead the way.”

Yes, we found a lot of optimism. But Poles don’t beam with pride. They turn out to be a critical, hard working, and ambitious lot, which sometimes has a hard time being openminded towards its eastern neighbours – quite like some central Europeans. Some might call the youth hedonistic. We experienced them as very hospitable people, willingly sharing their good temper with everyone who is around. And who generally, despite to what the elderly say, see Europe as a huge chance and positive influence for their country and themselves: “Europe? At least it’s better than Russia, isn’t it?” says Karol smilingly and waves while we head off towards Latvia.

Thanks to Patryk for organising our stay and a marvellous discussion round and to all those who came for their vivid participation!

This entry was posted in Uncategorized. Bookmark the permalink.