“We sing the same songs when we’re drunk.”

Having spent two nights in Bratislava, one of which rather uncomfortably in our car (showering is important!), we decided to hit Austria one day early. And so began a hectic and fun weekend in Vienna, a place only 80 kilometers from Bratislava and yet somewhat wary of Eastern Europe. Here’s how we ended up with Niki Lauda at the Café Imperial and why the FPÖ is so proud of their country.

Friday afternoon: We cross the Slovak-Austrian border, buy fresh strawberries from the side of the road at student discount price and find ourselves a nice little spot by the Danube. A Bratislava plattenbau sticks out from the forested riverside on the far right. From the left comes a highspeed ferry connecting Vienna and Bratislava in just over an hour. Jan finishes his article on Hungary whilst Damian and Bernhard discuss their expectations of Austria. Is it any different from Germany? How significant is its location at the edge of Eastern and Southern Europe? Is Vienna’s nightlife any good? Ten minutes later we are all sound asleep, exhausted from the night in the car and two interviews earlier that day. Luckily enough our host Rosina, born in Kärnten and living in Vienna, calls us an hour later: “Kommt’s Ihr heit noach?” 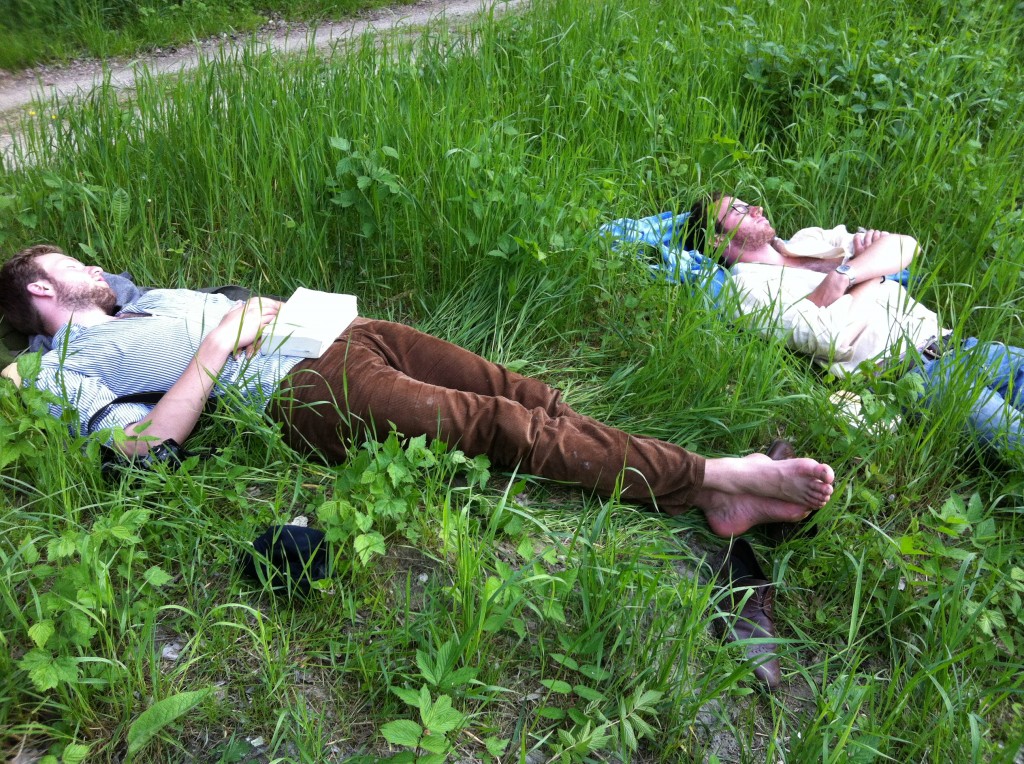 Friday night: Nothing to declare.

Saturday morning: Having recovered (and showered!), we walk through the 1st Bezirk to get an initial feeling of what young Austrians think about Europe. Matthias is our first victim. “Hey, we’re are travelling across 21 European countries and blog about young Europeans’ visions for the future of our political union. Would you be ready to answer two or three questions? It doesn’t takte long…” Matthias nods. He’s not anti-European but critical of the EU’s bureaucracy. “The complex, bureaucratic procedures put people off.”. Similarly Michael doesn’t “feel European yet, but would like to do one day.” He’s afraid that Europe is loosing its value as the distance between politicians and the people grows. “Communication towards so called ordinary citizens must improve.” And “We need a feeling of belonging together, also with Slovaks and Hungarians. Otherwise we cannot support eachother the way we should.” A few more people support our first impression. Austria is a genuine EU-country with strong European feelings. But owing to southern debts and eastern labourers there is enough populism for nationalist and protectionist politics. 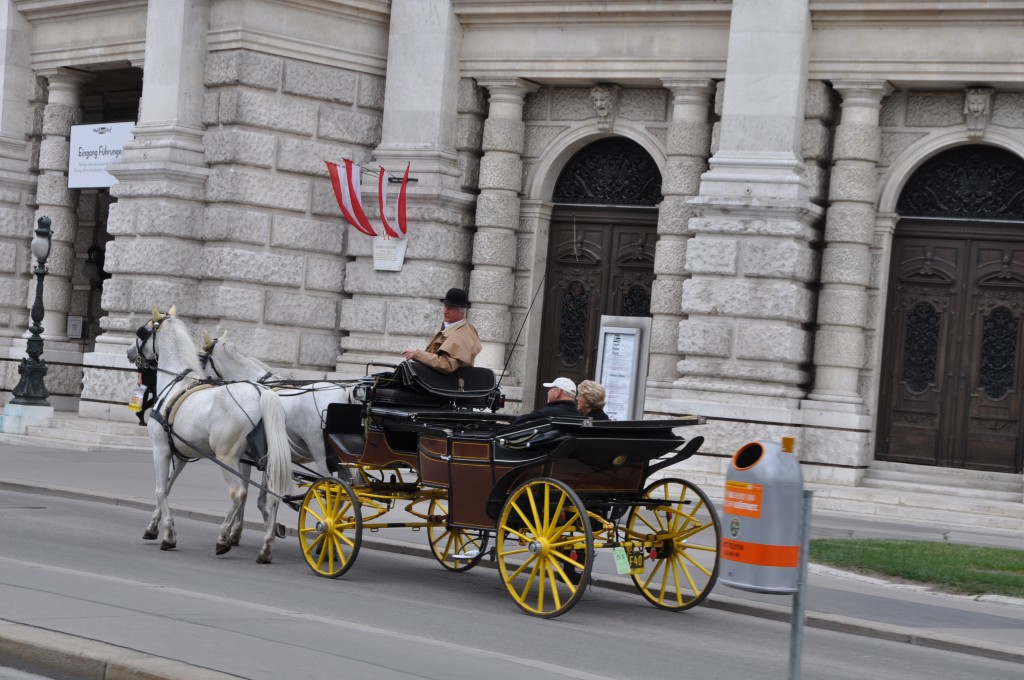 Saturday night: Yes, Vienna is the birthplace of politeness. A friend of a friend celebrates his birthday and has invited us for drinks at his new flat. We pick our nicest shirt (that is to say the only one left) and stroll towards the 8th. The guests at the party teach us their version of German: “Mistkübel means Mülleimer. leiwand is klasse. And Sandlergewand means Penneroutfit.” For more, check the list of austriacisms. Bernhard, as a proper Bavarian, has less trouble to understand our dear Austrian friends. After two hours of Austro-German lessons and an appreciable number of drinks we go out to Grelle Forelle. So is Vienna’s nightlife any good? Well, it’s expensive and you should never try to apply newly learned Austrian vocabulary when speaking to a girl at the bar. But otherwise it’s great fun.

Sunday afternoon: For 17h we have a discussion with the Austrian European Youth Parliament (EYP) scheduled, which was kindly organised by Nina and Teresa. They welcome us with drinks, an oversized European flag, and a bunch of young Austrians. Is the EU a success story for them? Well, nobody is openly euro-sceptic. But at the same time, they tell us about the increasingly popular Freiheitliche Partei Österreichs (FPÖ) which is gaining votes from people who are fed up with immigration and having to pay for poorer European countries. “The EU becomes the scapegoat”, explains Nina. “It’s easy to blame Brussels for all problems, especially among lower educated people”, complains Maria-Anna who thinks that many Austrians only see the downside of migration. On the other hand, participants at the discussion are in favour of more integration – probably also since their view as EYP members is somehow biased. Sebastian, a young Hungarian raised in Rumania and now living in Vienna, tells about his journey through the former Habsburg Empire: “We have the same religion, we eat the same things, and we sing the same songs when we’re drunk.” What is true for this region doesn’t hold for the entire continent, of course, as there are plenty of differences. “But we have to be more aware of our similarities”, says Sebastian. So what’s the way out? “Education”, says Teresa. “Education”, repeat the others and Johanna adds: “We need more exchange. I’d like to have a European Facebook.” Unsure if this is the real solution, we have to run to our next appointment. In an Austrian beer cellar we meet Gudrun Kugler who has been consulting EU-institutions, NGOs, and the Vatican on human rights for many years. The main problem she says is “that major EU topics, like the human rights charta, are not being discussed on a common platform.” In her view, they are negotiated by semi-elected committees in nebulous conferences that couldn’t be more unattractive for media coverage. We talk for more than two hours about universal values, European media formats, and anti-Christian tendencies in human rights commissions. At around 11pm we call it a day and after some organisational stuff we fall into bed. 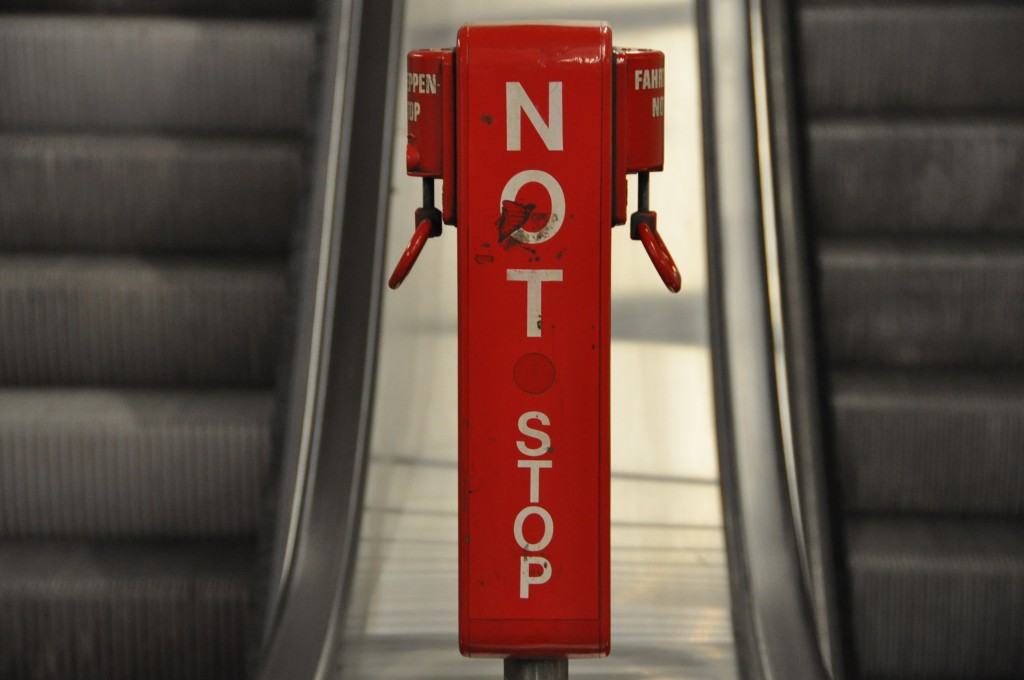 Monday morning: We get up at 6:30, shower, and rush through the city. Five minutes later than agreed we arrive at Café Imperial. Dr. Erhard Busek, former Austrian Vice-Chancellor and Europe-enthusiast, is already sitting at one of the sumptuous tables. He has chosen the one closest to the door and nods at people when they enter. Although his active political career is some 20 years old, he hasn’t calmed down: “The government doesn’t do anything.” He complains that leading politicians seem to ignore that Austria is an ideal gate to Eastern Europe. “Europe should have assisted in the reconciliation processes”, he says. But his anger towards Europe’s political elite becomes even stronger: “National governments have systematically chosen weak people like Baroness Ashton and Barroso for top EU positions, in order to preserve their own power.” His analysis is right. More and less power to Brussels at the same time – that’s schizophrenic. 50 minutes later we are running out of questions, but Busek keeps talking. About missed opportunities in education politics, about the undemocratic Merkozy duet, and about why he is a fan of crises. “Only a deep crisis makes people aware”, he explains. “Well, true for some cases”, we think, as Niki Lauda enters the café and waves at Busek. Sometimes you only need a prominent figure to catch people’s attention.

Monday lunchtime: “What is worse: Lazy Greeks or job steeling Slovenians?”, we ask Mr. Höbart, member of parliament for FPÖ. “Neither”, he responds, “but we cannot continue to feed the EU like this.” He is rhetorically smart and explains why some 30% of the Austrian electorate support a Europe of patriotic nations. “It’s just a matter of feeling. We love our nation, we like the traditions and when we win the ski world cup.” No doubt you can feel sympathy towards your national sport team, but how does that imply that “we have massive problems with Muslim population groups in certain areas because they have a foreign culture”? CHECK We’re not so sure and suspect that Mr Höbart is using populistic clichés. Indeed, he at least admits that “it’s easy to blame the EU.” Hm.

Monday shortly after lunchtime: We enjoy a quick Schnitzel at another fabulous cellar, say farewell to our host Rosina, and hit the road again.